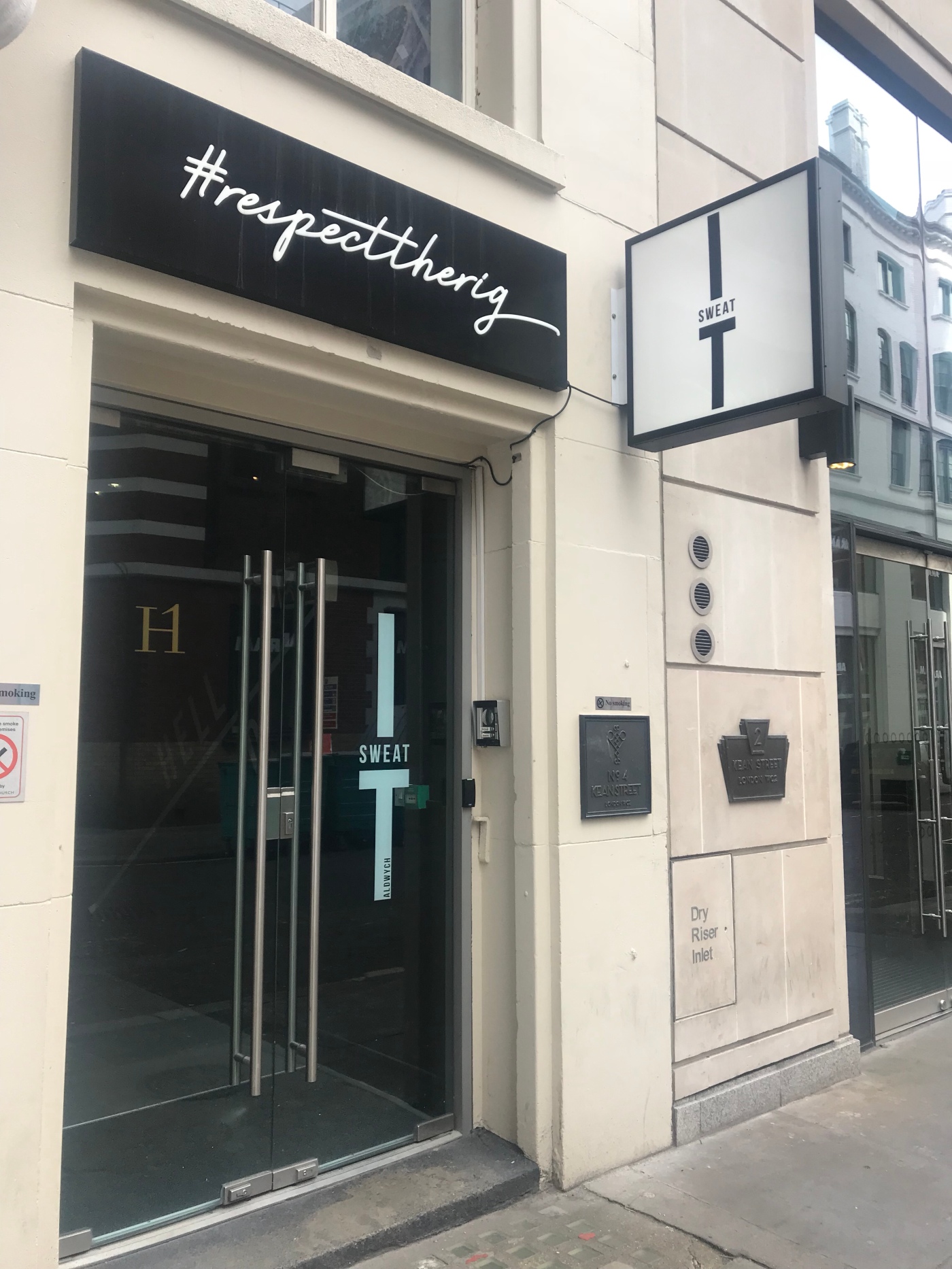 Sweat It is a new gym studio in Aldwych.  The studio is hidden in a road behind the Strand and has an industrial feel.

I chose to attend the Ripped and Stripped class – obviously I hoped by the end of the 45 minutes I would be ripped with a six pack!! The Ripped and Stripped class is a similar concept to Barry’s Bootcamp.  When you book in for the class, you choose to have a run start, a rig start or a double rig.  I chose the run start – running is not my favourite activity, so thought I would get it over and done with at the start.

When you walk in the studio it is quite dark but edgy.  There is a protein shake bar next to recpetion and a seating area for pre and post workout chilling.  Although the changing rooms may look unfinished, they had everything a lady could need post workout! Dyson hairdryers, GHD straighteners, heat protection spray, deodorant and lots more!  So very handy for me as I was off to meet my best friend afterwards for a brunch and day of shopping at Westfield. 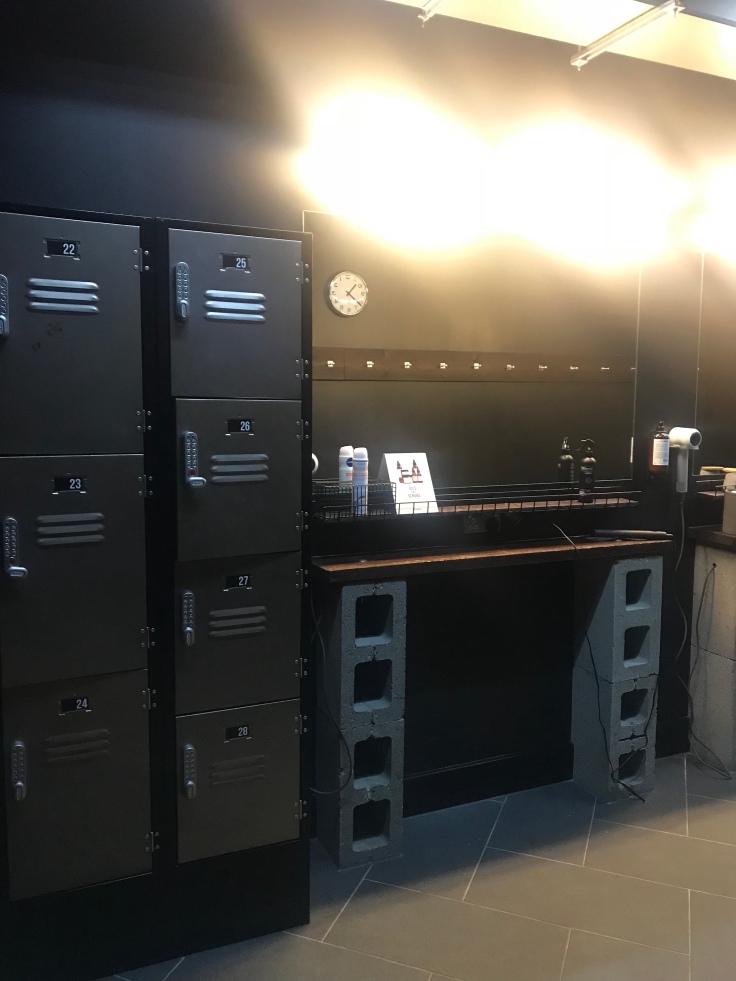 The class I attended wasnt too full, so it meant I had my own runner and rig area.  As I previously mentioned I started the class on the runner.  The runner was brand new and had an interesting touch screen which allowed you to choose the incline and speed without having to press any arrow buttons.

I enjoyed Ripped and Stripped as it motivated me to run (when I often struggle to motivate myself to do) but mixed it up with weights, which is my favourite type of workout.  I came out sweaty and buzzing, so was definitley a winner for me!

The studio is very central, so useful if you are meeting friends or going on to brunch afterwards, and want to get your sweat on first.

Sweat It is based at 4 Kean Street, Aldwych, WC2B 4AS.